Iulian Filipov: “Sport is in a symbiosis with family life.” 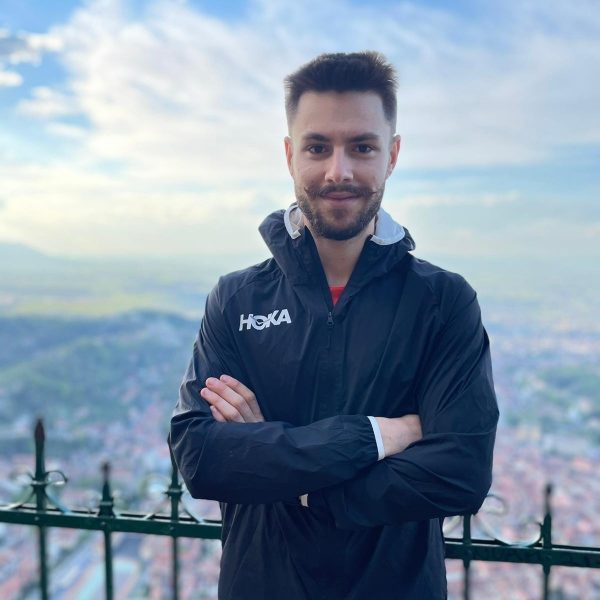 Iulian Filipov proves that often the only limit is the one we set for ourselves: you can have a family, a nice career, not have been a competitive athlete and still run the 7th best 24h performance in the world.

Iulian Filipov is a specialist in oral and maxillofacial surgery. He originally wanted to become a policeman, but in his last year of high school he decided to pursue medicine. Now, amidst attending national and international conferences in the field in which he excels, he has also stepped into the sports spotlight after breaking the national 100km road record.

Find out from TRA’s interview about how he got to practice this sport at a competitive level and, more importantly, how he managed to break a record, making history for Romania. 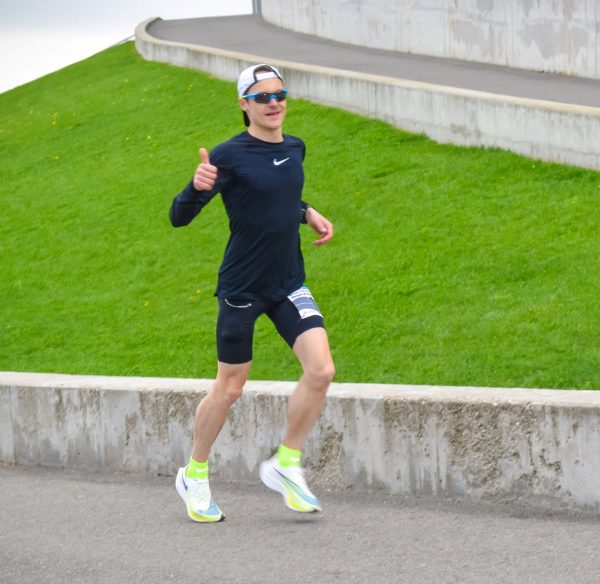 FROM HOBBY TO PERFORMANCE

I’d like to start directly with a clickbait: Iulian, how long have you been running and what are your best performances? Just so we know what we’re talking about right off the bat.

I started running in February 2018, but it was all about relaxing, short runs of up to 8-10km, without any performance goals in mind.

In the early fall of 2020 I believe you officially made your debut in performance sports, specifically the ultramarathon, flat niche. How did you feel during the race when you realised you were about to break the Romanian records for 100km and 6h?

Indeed, I realised that I have considerably better times in flat running than in trail running and set myself the goal of running 100km in under 7h, and my first competition was in Morfleden (Germany), where I ran 100km in 6:59:04 on a 400m track. Based on my training times, I knew I could run under 7:37h (which was the best 100km time in Romania), but my goal was to run under 7h, and I wasn’t convinced I could.

After 6h I realised that I could achieve the desired time. Unfortunately there were no split times at 6h, neither in Germany (where I had run 88.4 km) nor in the Netherlands (where at 6h I had 90.74 km).

You seem to have an innate appetite for endurance. First your career as a doctor, which we know requires exceptional effort, hard work and focus, and now (very) long distance running. Where does all this inner drive come from, and what fuels it next?

Indeed, determination and strength of concentration are attributes common to both running and operating room endurance. That’s not to say they are any kind of role model. The truth is that most of the time I’m really lazy. But if I have strong motivation, I generally succeed in achieving what I set out to do, and I hope to confirm this in the future.

7th fastest time in history over 24h. The first Romanian in history to finish 100km under 7h, and in September came the next fantastic result: 100km in 6:41h. From reliable sources, I heard he even got a cold. What records do you still want to break?

My best time at 100km seems to have come when I was least expecting it because of a cold. I coughed quite a lot in the first 60 km, after that I felt really good and as the atmosphere on the Winschoten course was great and the course was very fast, it resulted in a very good time. I want to run over 160 km in a 12h race, over 290 km in a 24h race and under 2:30h in a marathon. Knowing me, the last goal seems the hardest to reach.

Iulian Filipov was number 1 at the 100 km Ultramarathon in Morfelden-Walldorf, Germany. The athlete from Brasov won the competition in 6 hours, 59 minutes and 4 seconds. Filipov managed to break the national record for 6 hours running and is also the national 100 km record holder. The exceptional performance is all the more valuable as the man from Brasov has only been running for two years. 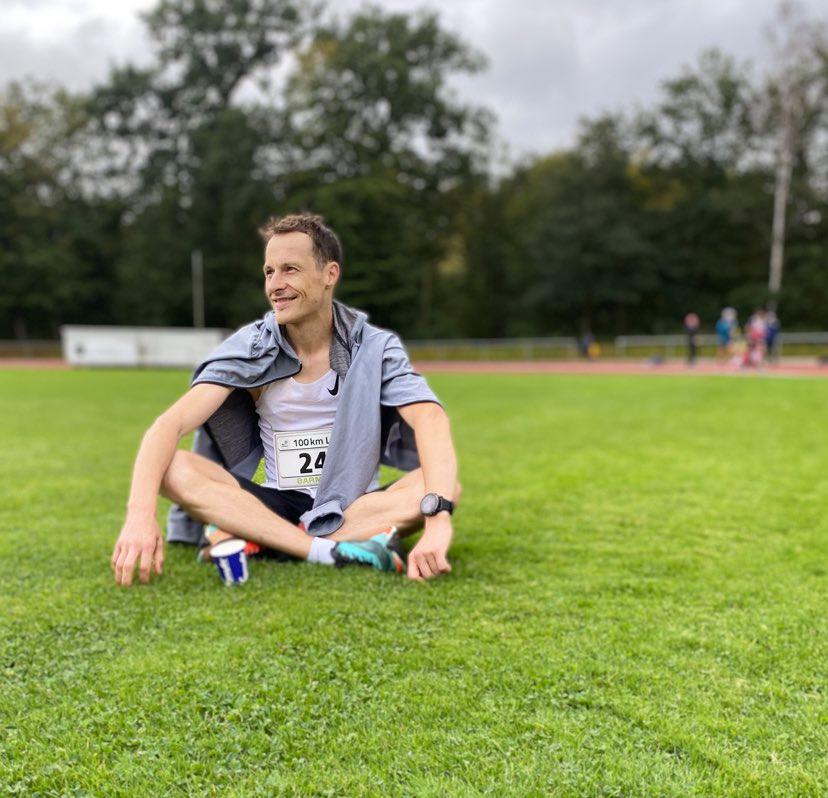 After so many incredible figures, let’s not talk about the training figures. I’d still like to ask you, as between athletes… how’s your recovery? Any tips and tricks, for those who have little time but don’t neglect this aspect?

In training I try to have one or two long runs of 40-60 km per week and a minimum of one interval workout, and I try to keep the volume as close to 180 km per week as possible. Sleep and nutrition are the most important controllable variables influencing recovery, especially when limited time doesn’t allow you to introduce other procedures that facilitate recovery.

On nutrition I can honestly and openly say that in the fight against sweets I am a glutton and an absolute loser, no matter how much effort I put into wanting to tip the scales towards a better BMI (Body Mass Index). As for sleep, I try to squeeze in 15-20 minutes of power nap between appointments in the second half of the day after hospital work.

Clearly, you can’t do it all alone. The saying “It takes a village to raise a child.” I think it can also be applied to athletes: you need to have people close to you who support, understand and, above all, appreciate you. How important was and is the support of those close to you on the road to performance?

The reality is that when you have the understanding of those close to you (or, why not, tolerance at other times) your sporting activity is symbiotic with your family and professional life. That’s not to say it’s easy to cram time for loved ones, profession, sport and recovery into 24 hours. It is a perfectible exercise whose drive lies in everyone’s desire to place themselves at a certain level, be it social, professional or sporting. And if the energy put into it finds a favourable contextual framework, I believe it can be done.

If what you’re reading helps, buy a digital subscription. It’s the most direct form of support for our work in training, during the competition and afterwards when we write these articles.

Runner by runner, we’re gathering a community that contributes and supports us in meeting the needs of other runners through our own stories of how we train, how we compete, how we relate, how we can change those around us through sport.